This charming 110m2 apartment is located in an emblematic building in the heart of Barcelona’s Diagonal. A complete comprehensive reform, decoration and styling has been carried out.

The clients called us once the work was already started, as they realized that they urgently needed an interior design study to help them with all the reform and to take care of every last detail of the house. The main objective was to be able to maintain the original classic air by mixing it with modern details.

Being a floor aimed at high-end rental, it was equipped with all kinds of details that this type of public requires when choosing a home.

Regarding the distribution, it was decided to create a large living / dining room with two large balconies with views of the entire city of Barcelona. For the kitchen, it was decided to carry out an “Open concept and large dimensions” design, a large island was placed where the cooking area is and where the hood was integrated, thus avoiding having anything on the ceiling.

The large bathroom was divided into three areas: a bathtub with a wall lined with wallpaper, giving it a charming touch, a shower and a completely independent toilet area to gain privacy.

For the bedrooms, a main one with a large balcony where you can see the impressive views of the Diagonal and where a spectacular dressing area was created. Then, another double bedroom where a work head was created to which we put a wallpaper to give it more prominence.

As a final detail, comment that carpentry work and spectacular custom cabinets and several hidden sliding doors were carried out to take advantage of all the spaces. Also, it was decided to keep an old original door of the house, which was restored and painted white to be placed on an iron rail, which in addition to being decorative, separates the kitchen and the large living / dining room.

Regarding the furniture and styling, we bet on original furniture with modern details to counteract the classic style. In the accessories we decided on natural materials and warm colors to give the home the feeling of home that they asked for. 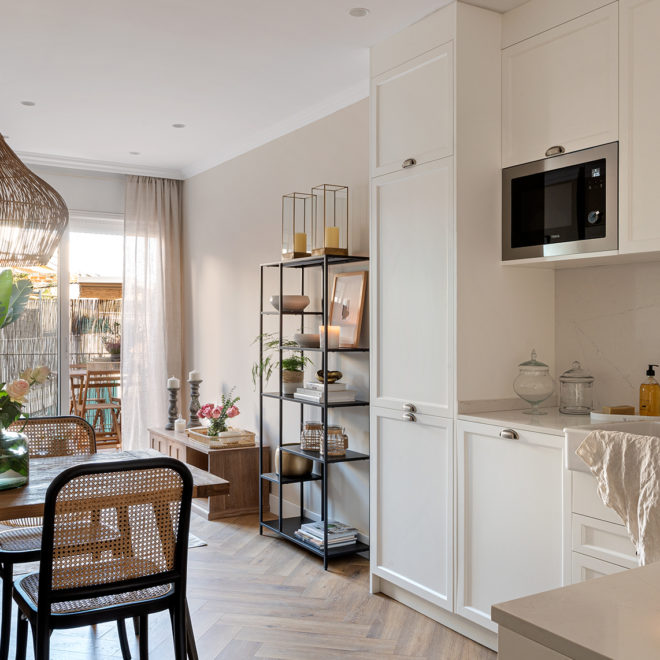 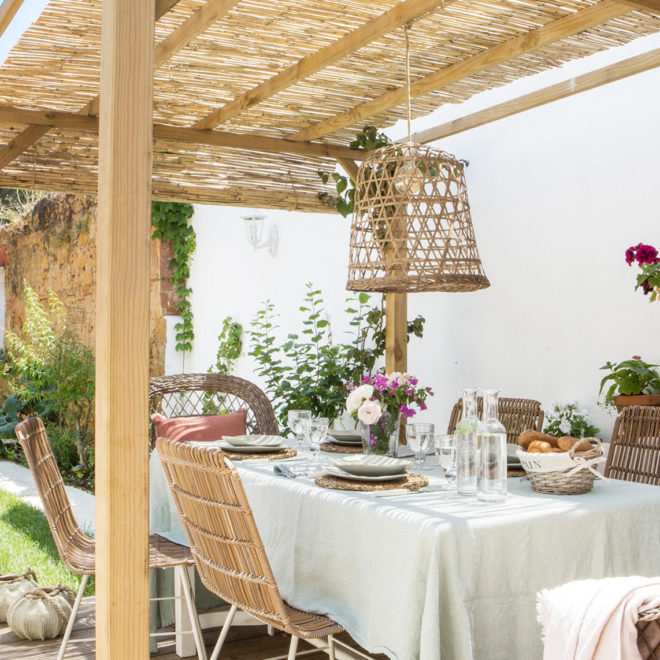 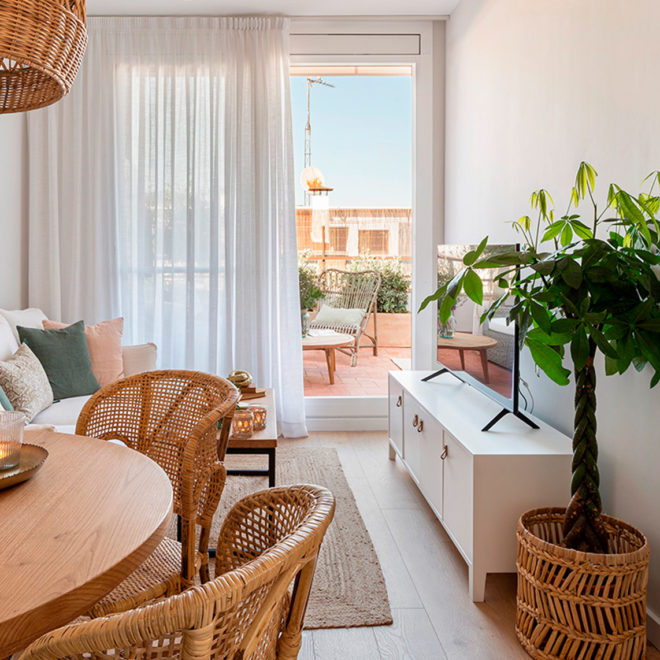