This holiday apartment located in one of the most fashionable neighborhoods in Barcelona Poble Nou and a 10-minute walk from the beach fell into our hands, the main objective was to make the most of the 60m2 it has available, gain light and create a CHIC style that will make future tenants fall in love.

We got started and began to develop the project, we encountered some difficulties such as the narrow distribution of the TV area, or the m2 of the dining area, which was not very large but which we solved with an extendable round table that does not hinder step and where more than 4 people can eat. The upholstered chairs with black legs give a touch of different and more modern style.

Another point to solve was to make the most of the light that entered through the large windows, so we decided to create a black window with panels on the wall separating the living room from the kitchen, put a bar with stools inside the kitchen and from this way to communicate living room with kitchen and take advantage of the views and light from both sides.

Light, natural and draped white linen curtains that let in the light but give privacy.

In the master bedroom, we designed a custom headboard with studs and rustic natural linen fabric that contrasts with the modern wall lights and the large rattan ceiling lamp. We love the effect!

In the secondary bedroom we could not put a headboard because we were limited by some marked measures and we solved it with a natural linen wainscot as a Headboard that we fell in love with, and we decided to put it in the whole room.

The always natural textiles with touches of color together with the rest of Deco give the final touch. 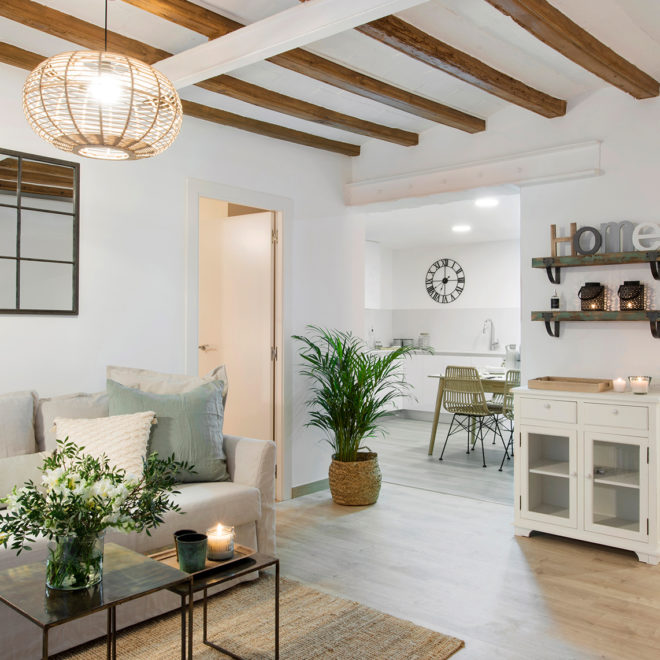 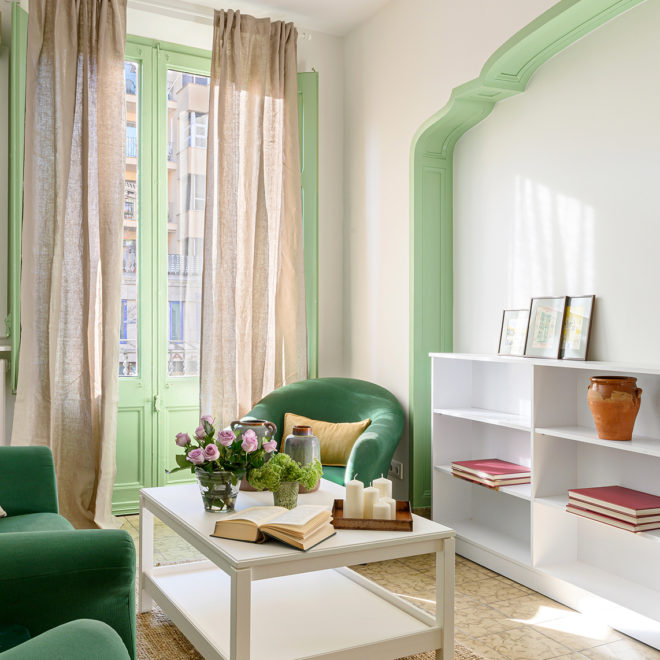 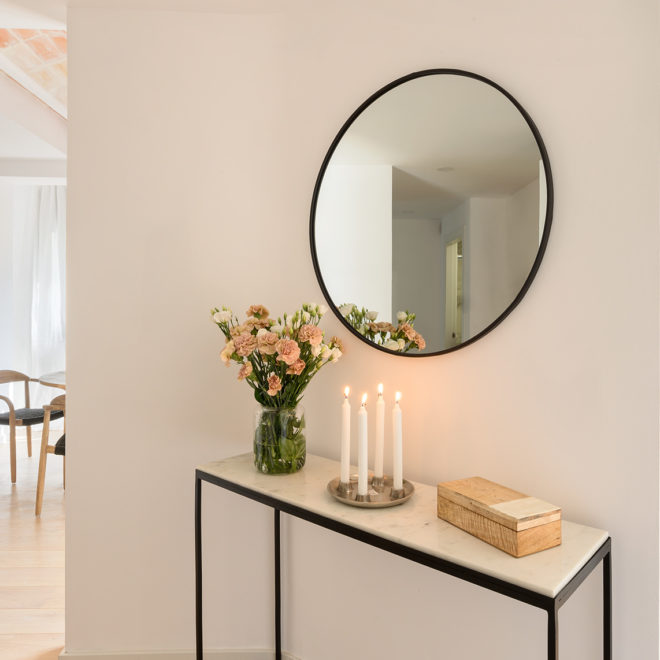